The CAN isolation bridge switch series is equipped with 2 or 4 electrical isolated CAN bus interfaces. It can achieve the relay function in the CAN-bus network, and save to forward data among the CAN networks with different speed. Main applications include:

(2) Realize the inter-connection of various CAN networks with different Baud rate.

The CAN isolation bridge switch series product has been proven to be reliable and stable by stringent verification, and has been widely used in high-speed railways, metros, coal mines, medical treatment, aerospace, building security, elevator control for distance extension, topological structure improvement and interference isolation. 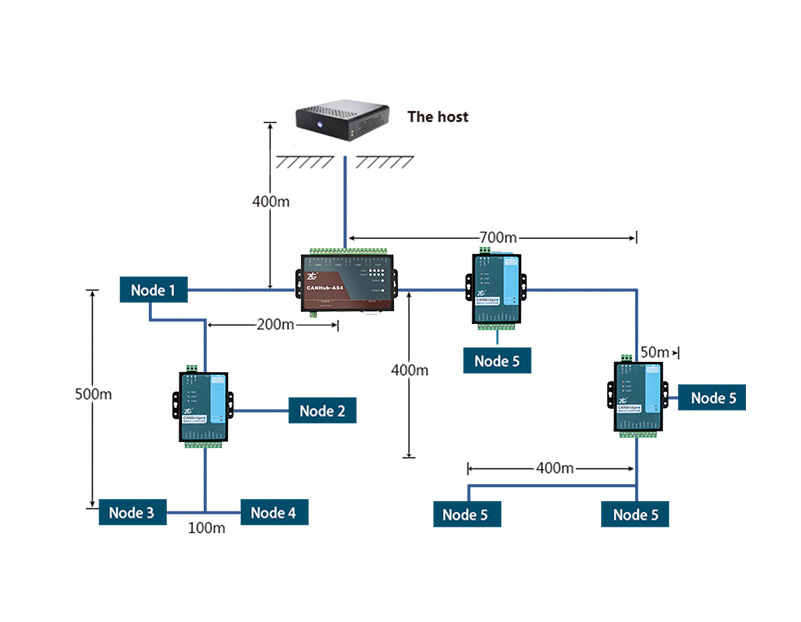 CAN Interface with 2500VDC Electrical Isolation

The CAN interface with 2500VDC electrical isolation and the ±8KV electrostatic discharge help you to isolate interface effectively. 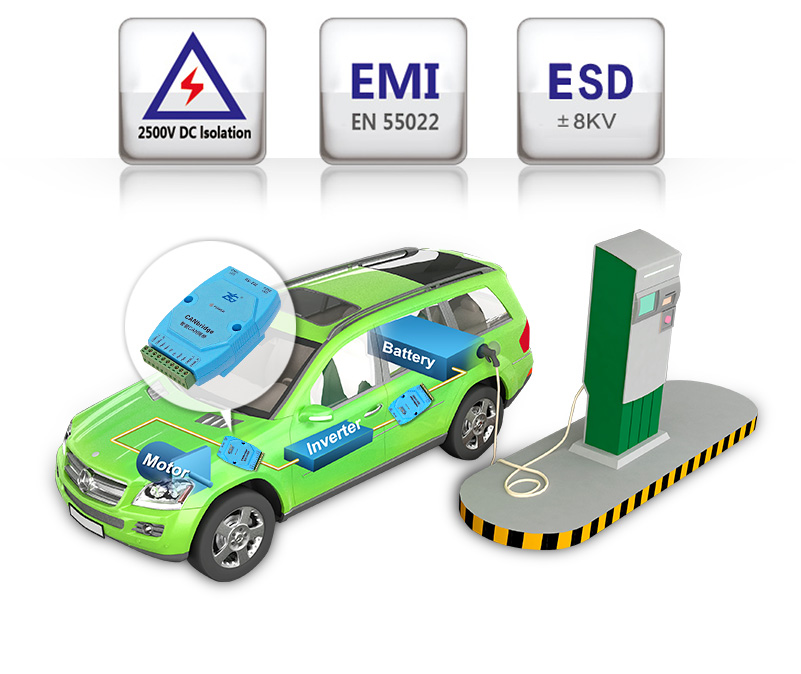 The Baud rate of each channel can be set at random.

The CAN Baud rate of each channel can be set at random in the range of 5Kbps1Mbps. 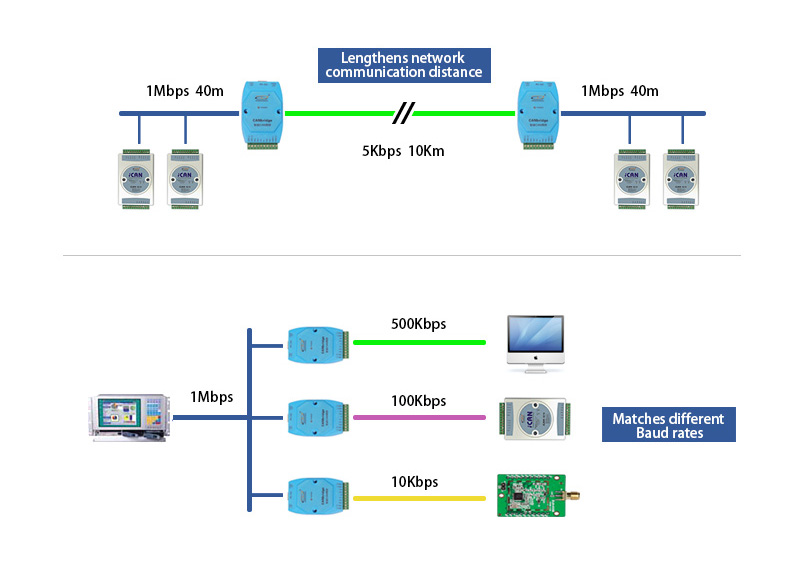 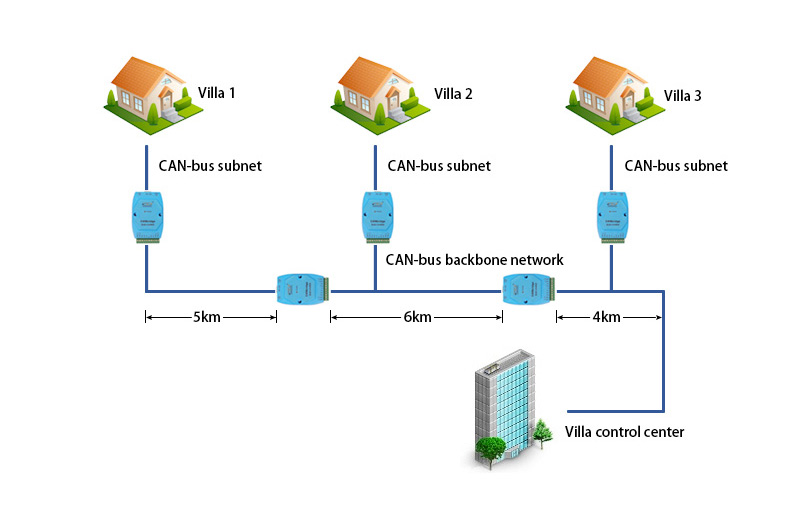 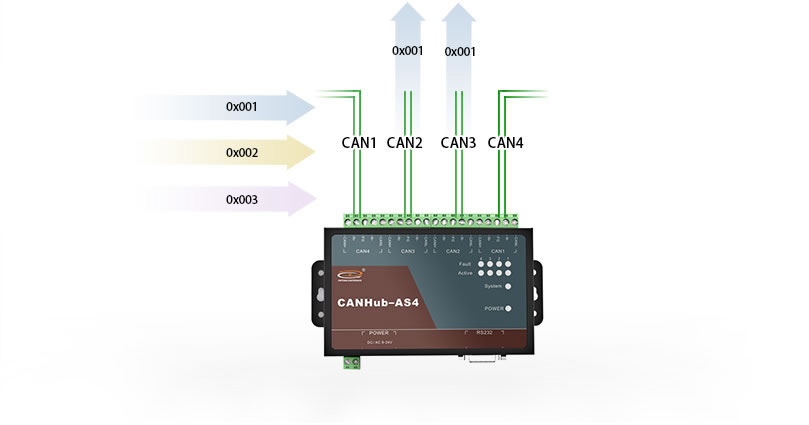 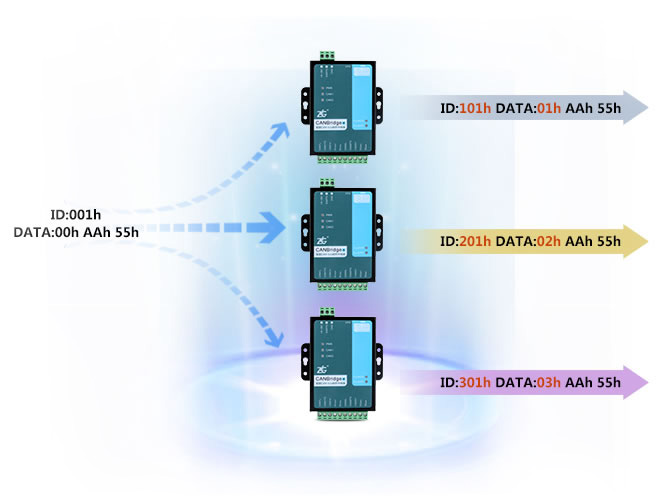 CAN protocol is fully compliant with CAN2.0B specification 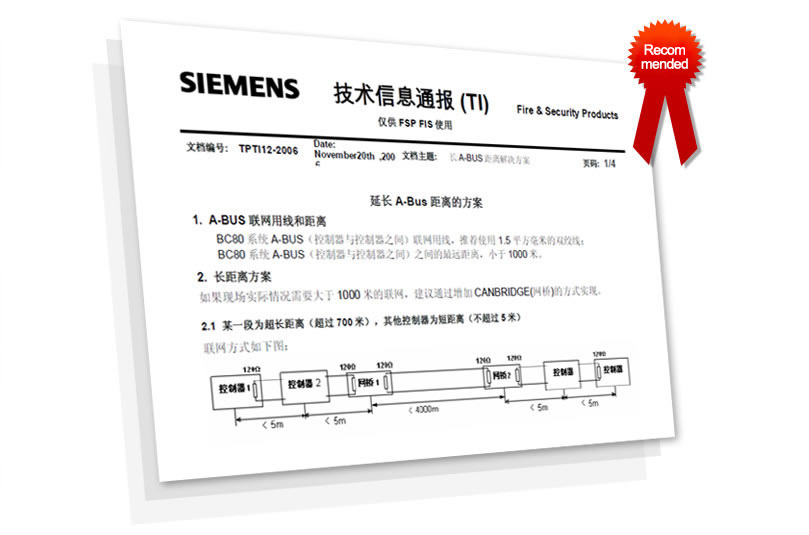 1.When configuring the CANBridge, users only need to correctly set Baud rate for two channels. The filtering setting should only be used as required. The following figure shows that a certain 100kbps bus is lengthened to 100m from 50m and only the messages with0x001-0x005 ID are allowed to pass. 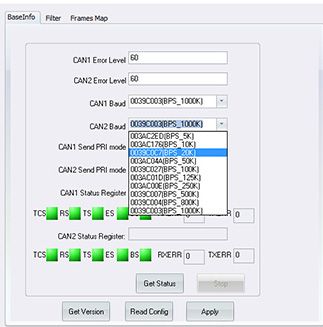 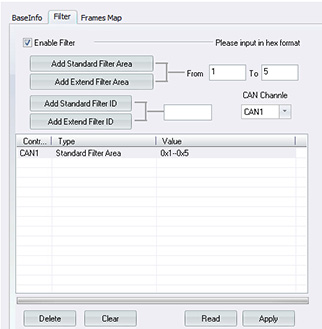 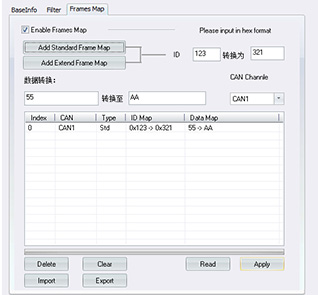 3.When configuring CANHub-AS4, users only need to correctly set the Baud rate and routing for four channels. The filtering setting should only be used as required. The following figure shows the example that the host is connected to CAN1 and the messages are forwarded to CAN2, CAN3 and CAN4 from CAN1. Users can observed that messages of CAN2, CAN3 and CAN4 can only be forwarded to CAN1 instead of other channels. In this way, the invalid data forwarded can be greatly reduced, thus improving the bus utilization rate. 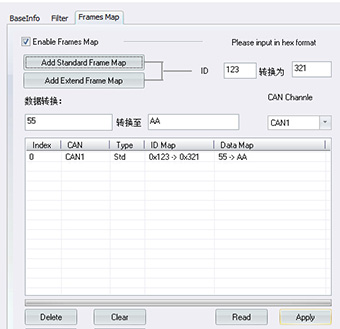 4.The configuration software can monitor CAN operation status, and obtain bus errors in real time to help the field operators to determine fault causes. 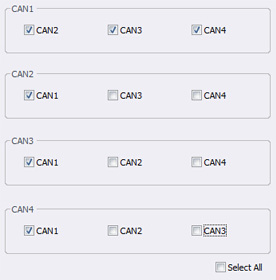